Originally from Prospect Heights, IL. located in the United States, Richard has a Bachelors (BFA '97) in Theatrical Design from the University of Illinois Urbana, Champaign and an Masters (MA '04)  in Drama from Roosevelt University in Chicago, IL.  He began his professional career in theatre doing production work for the Steppenwolf Theater Company (1999 - 2008) and then as a member of the Production Design Department at Harpo Studios, producers of the Oprah Winfrey Show (2008 -2010) with many stops along the way.  Over time he has become a researcher and writer on technical theater history.  In 2013, he founded the Archiving Technical Theater History Group (Facebook) as an extension of a research trip to Penn State University to examine the George Izenour Collection located there.  Since then, the group has grown from a small conversation into a large national and international public square of curious, experienced and knowledgable people from all walks of life.  Currently, Richard conducts one on one interviews for his podcast “Archiving Technical Theatre History” to learn and share more about the production arts community and to provide a space for them to be heard and has written articles for the Germany Based publication "Die Vierte Wand".

Richard carves out time when possible to travel, visit and experience new people and places as well as find stories to share.  His association with the professional arts organizations OISTAT and USITT has helped facilitate many of those opportunities including the Prague Quadrennial (PQ), World Stage Design and Stage | Set |Scenery.  Since 2013, Richard has been living and teaching abroad on the small twin island nation of Trinidad and Tobago, located in the Caribbean just off the coast of Venezuela. 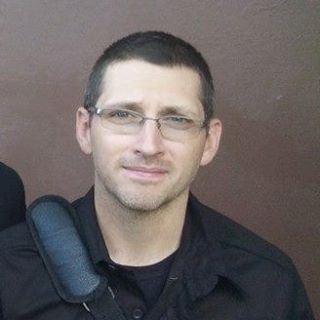