She has collaborated with the artists: Bruno Ceccobelli and Mario Schifano. She has participated in 7 painting collectives. She took part in the Salone del Mobile in Milan with the “SPHAERA” Casamania by Frezza armchair. For PUBLITALIA -MEDIASET, she created 60 advertising SPOTS (Barilla, Geox, Bauli, Nokia, Algida …). From 1992 to 1999, she collaborated with the soc. TELON with Tullio Zitkowsky and Alessandro Zitkowsky.  Between THEATER, CINEMA and TELEVISION she has designed 162 Scenographies. 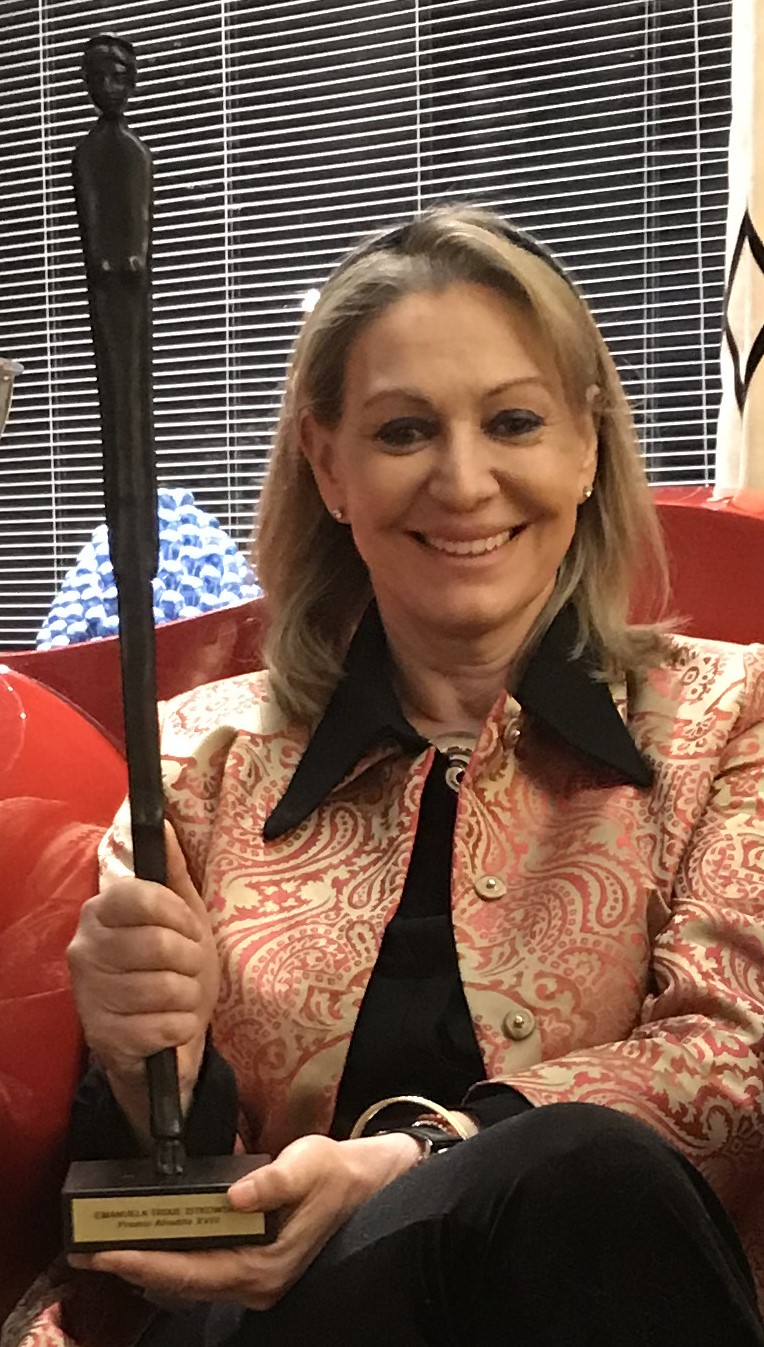