Talking, transmitting, exposing my professional life is not an easy task. I consider my professional history to have been very intense. I have had a lot of experience. I have worked a lot in the field of art and entertainment, ranging with extreme ease from spectacular events to Theatre of Prose, from Operas to Television broadcasts, from Fashion Shows to Commercials Spot. I was the set designer, the painter, but also the manager, the head of the order. I have designed sets, direct scenographic, installations for great artists, for important companies and bodies, organizing the Operations Department and putting together human, financial, business and procurement resources. Planning the work both artistically and technically.

I am certainly a man who loves and lives his work intensely.

Born on July 31, 1959, in Italy, in a small town in the province of Pescara, I graduated from the State Institute of Art and then attended the University D.A.M.S. of Bologna. My teachers include Umberto Eco, Renato Barilli, Gianni Polidori.

I moved to Rome and started my activity as a set designer collaborating with the staging of Barnum, wanted by Garinei and Giovannini at the Teatro Sistina in Rome.
Drawing Scenographies for various Theatres both small and big: as Mary Poppins at the Teatro dei Servi Rome with the orchestra direction of Maestro Vittorio Catena; of " As it is” " by Romeo de Baggis at the Teatro Centrale; "La Vedova Allegra", "La Principessa della Czarda", "La Danza delle Libellule" directed by Sandro Massimini.

I have a precious collaboration with Maestro Luciano Damiani, with whom I spent the 80's professionally with Perfomances such as the famous "Cavalleria Rusticana" "Salvatore Giuliano" at the Rome Opera House, "Orfeo e Euridice" by Gluck for the Regio of Parma, “the Puritani” for the Comunale of Bologna, and “Fasten your seat belts” with the trio Carmesini, Lopez, Solenghi until the creation of the Teatro de' Documenti in Rome.

Over the years, I acquire a special preparation in the organization and design of large sets, concentrating the expertise as SUPERVISING ART DIRECTOR.

My career had a decisive moment in 1992, when I was called to direct the Scenographic Services of the Mediaset TV Production Centre in Rome. In addition to Scenography, the creative, managerial and organizational fields also include make-up and hairdressing, furniture and management of theatres. For the creation of SARABANDA's Scenography, conducted by Enrico Papi, I was awarded the TV Oscar for best TV set design in 1998.

In 2002, the experience and professionalism acquired over all these years led me to export my know-how from Italy. Starting a consultancy with various European TVs, among these is significant experience, in addition to the BBC, with Realitatea TV in Bucharest, which is based on its programming All-New's. And then with the Intact Group (Antena 1, Euforia) and with television stations in much of Eastern Europe. To date, there is a studio in Bucharest, Bianca Consulting srl, for the design and artistic advice as well as support to activities in Eastern and Central Europe.

From 2010 to 2012 I was a member of the Board of Directors of ASC - Italian Association of Scenographers Costume Designers. Within the ASC I held courses in Stage Design in the masters organized by the association itself in collaboration with the Lazio region aimed at graduates and graduates from academies and faculties of architecture.

I am a member of the OISTAT- Organization Internationale des Scenografes, Technicians et Architects de Theatre, ( www.oistat.org ) taking part in the Word Congress in Prague in 2011, then in Cardiff - Walles, UK in 2013 and 2018 for the 50th anniversary of the Association and in Prague 2019.
In July 2012 I took part in the Architecture Commission at the Teatro alla Scala in Milan, from which the publication "North Italy Historic Theatre Tour July 29th to August 2nd 2012.
In Oistat I am a member of the Publication & Communication Commissions and I collaborate in the writing of the book World Scenography by Peter McKinnon and Eric Fielding and Digital Theatre Words, an international dictionary on the theatrical glossary by Jerome Maeckelbergh.

Among the latest interesting theatrical works I like to remember the conception of the scenes and costumes of "Piccoli Equivoci" written and directed by Claudio Bigagli with Francesco Montanari and Diane Fleri; projects such as La Vedova Allegra directed by Sandro Corelli; Viaggio nell'operetta", by Gianni Gori and Alessandro Gilleri, directed by Sandro Corelli; Direction “Love Bitter” with Lorena Canaletti at the Teatro Accademia L'Aquila; the direction and scenography, costumes, light of "Lontano somewhere” for Faedum l'Aquila; Scenes “Il Carillon" Opera in one act music and libretto by Giuseppe Vesentini directed by Katia Ricciarelli; -Scenes, Costumes, Light Designer “ The Traviata: that of Dumas and that of Verdi. (We'll talk about it over dinner) “Text and Dramaturgy by Errico Centofanti , Directed by Fabrizio Pompeii.

And also the collaboration with Ferdinand Wogebauer for the set design of "Machbeth" by G.Verdi and "The Nose" by Sostachosky both directed by Peter Stain at the Theatre of Opera in Rome.

Since November 2010 I have been Teaching Scenic Design and Light Design and I have a course in Scenography for the Lyric and Musical Theatre at the School of Scenography of the Academy of Fine Arts in L'Aquila.

In July 2011 I get the International Award for Emotional Talent wanted by Link Campus University, from the City of Spoleto, with the patronage of the Mystery of Foreign Affairs, to the final evening of the 54th Festival of the Two Worlds.

My activities are currently diversified on the audiovisual market and live entertainment according to the needs required and stimulate my curiosity. Among these, the International Fair City of Luanda, Angola "Add a fish to the table" for the Ministry of Agriculture Department of Fisheries.

I am currently working for Puccini's Boheme for the Orte Vt International Opera Competition and for the 50 years of career of Katia Ricciarelli directed by Sandro Corelli, Conductor Jacopo Sipari Di Pescasseroli. 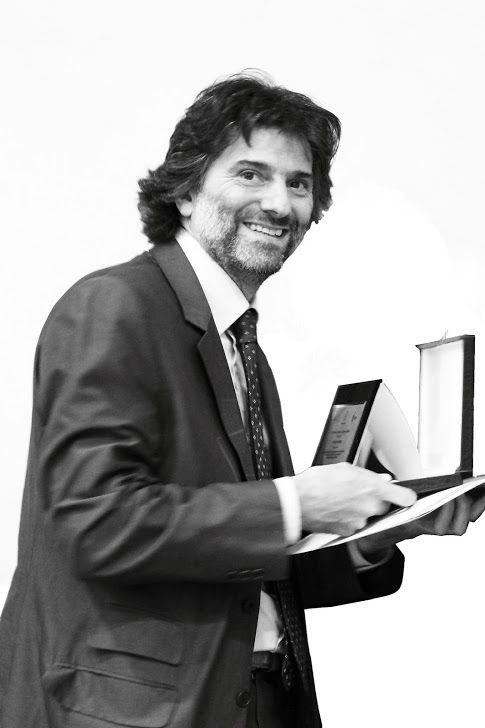